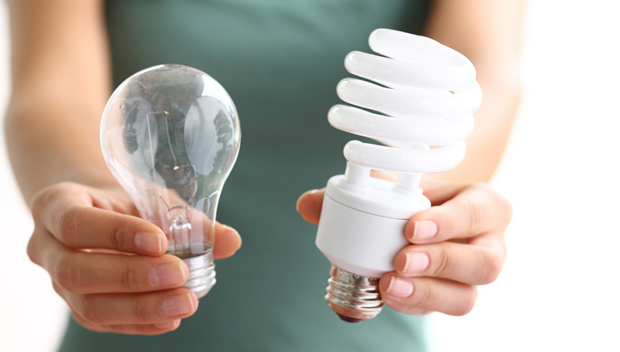 There is no question that the current level of energy consumption within the United States isn’t sustainable.  People (though not all, unfortunately) are scrambling to make changes within their homes and businesses in order to set things back on the right track so as not to burn through our remaining resources.  Though many think of the necessary changes as big, expensive, and very different, there is one small switch that can be made to great effect: LED bulbs.

A Tiny Switch to LED Bulbs Can Make All the Difference

While offshore wind farms, solar panel roads, and smart thermostats can only help, they aren’t the only options for energy efficiency.  “Swapping all of Thomas Edison’s incandescent lightbulbs with lamps containing light emitting diodes, or LED bulbs, would save enough electricity to power 20 million American homes, according to the Energy Department.”  Clearly, this tiny change would make an enormous difference; the power of 20 million houses is nothing to sneeze at.  There is a lot of talk about other options within the country, but the real difference that has been made has been to purchase and utilize appliances, devices, and products that better store and release energy than their older counterparts.  Though the use of  other forms of power have also increased, they haven’t been the changes that have had the biggest impact thus far.

The light bulb as we know it, popularized in the 1800s, has remained consistent in its design for a very long time.  Too long, as it took the until “2007 [to require] lighting to become 25 percent to 30 percent more efficient by 2014 from 2008 levels.”  It seems beyond sensible to adjust it now, given the focus that has been laid on carbon emissions.  The benefits of LED bulbs over incandescents have been touted repeatedly; they last longer, they’re more efficient, they save money.  Even if homeowners aren’t focusing as much as they should on cutting energy use, they’ll likely be interested in lowering their power bill as much as possible, which is possible via LED bulb use.  Especially now, with the price per bulb dropping, the better option is more available and appealing than ever.

Media attention often helps to popularize an item or trend, which was the case when the Superbowl was lit only with LED bulbs this year.  Those in positions of status within the power community, such as individuals in charge of the grids at large, are also admitting that their numbers have positively reflected the benefits of a simple bulb change.  “Power demand growth that was expected to be reached in 2017 won‘t be achieved before 2030.”  The results are everywhere, reflecting clearly that a small action taken by many can have huge results with the potential to turn the energy crisis around.

For more information on home and for commercial energy efficiency by using LED bulbs, get in touch with Tim Kyle Electric.